“After the nuclear accident of Chernobyl, Peter Hübner’s MEDICAL RESONANCE THERAPY MUSIC®, having been thoroughly investigated by medical experts, was officially registered by our government as a scientific medical therapy.
It demonstrably strengthens regeneration on a large scale and with its help one can oppose radioactive pollution by naturally enlivening one’s own inner health day by day – with great success, as our medical studies document.

Particularly affected by the nuclear accident are expectant mothers: for many of them a flood of complications arises during pregnancy. Under the direction of Professor Gerassimowitsch, president of the gynaecologists in our country, we began, after thorough medical examinations, to apply MEDICAL RESONANCE THERAPY MUSIC® to women whose pregnancy was at serious risk.
With the help of MEDICAL RESONANCE THERAPY MUSIC® we were able to reduce their premature birth rate from 14% down to 6.2%.”
(For comparison: In the industrialized nations the overall premature birth rate is 10-11% on average)

Since two decades he is the head of the laboratory for neurohormonal control of reproduction at the famous research Institute for neuroendocrinology in Kiew.
This Institute is also research partner of the World Health Organisation (WHO).

Professor Dr. Reznikov is author of several scientific books and a successful developer of drugs against cancer which yielded many high scientific awards and gave him an international reputation.

He is also a visiting professor at the University of Dallas in the United States and the University of Toronto in Canada. Professor Reznikov, MD, one of the internationally leading endocrinologist and director of the LABORATORY FOR NEUROHORMONAL CONTROL OF HUMAN REPRODUCTION at the prestigious RESEARCH INSTITUTE FOR NEURO­ENDO­CRINO­LOGY in Kiew, studied the effects of MEDICAL RESONANCE THERAPY MUSIC® also on highly radioactively contaminated people in Ukraine. At the UNIVERSITY OF HEIDELBERG, Germany, he reported about it:

“We studied patients whose hormone levels were disturbed due to the nuclear accident. Many who had been involved in cleaning up around the nuclear reactor soon showed a much too low endorphin level and for instance complained of severe headache. After regular application of MEDICAL RESONANCE THERAPY MUSIC® we could observe how the endorphin levels gradually rose and the headaches disappeared.

We then investigated patients who did not show too low, but too high levels of endorphin and noted, that under the influence of MEDICAL RESONANCE THERAPY MUSIC® these levels decreased.

Now we applied the music to patients whose endorphin levels were not disturbed and they remained normal in these patients.

These measurements suggest: we are dealing with a new type of drug, that has a harmonizing effect on processes in the body.”

Prof. Dr. med.
Horst Koeditz was, until his retirement in 1997, head of the Department of Pediatrics at the University of Magdeburg and of the University Children's Hospital.
From 1990 – 1993, he was Rector of the University of Magdeburg. Against the background, that radioactively contaminated people in Belarus and Ukraine saw themselves confronted with a flood of diseases, and that in almost all of the patients MEDICAL RESONANCE THERAPY MUSIC® brought about an improvement of their health, the longtime rector of the UNIVERSITY OF MAGDEBURG and head of the university’s Children Hospital, Professor Köditz, MD, said on a convention of 2,000 medical doctors for natural therapies, at the MEDICAL WEEK BADEN-BADEN, Germany:

“The fundamental significance of the natural order for ones health can be summed up in the following example: If you deny a person food, this soon gives rise to many symptoms: his circulation will weaken, his sleep will be disturbed, he will be susceptible to giddiness, etc. All of these symptoms can be healed by one simple course of therapy: by providing sufficient food.

Just as much as it requires food, our organism needs natural order, and it therefore possesses highly complex systems, in order to be able to restore natural order as soon as possible following any disruption.

In the opinion of ancient doctors, our organism reacts to music like a resonance or sounding body and, by means of the correctly structured music, its processes can be brought back into their natural order – that is to say, harmonized. When the natural order of the organism is disturbed, this is comparable to the denial of food. The disruption of the order will soon give rise to a multitude of different symptoms of illness. If one succeeds in strengthening the natural order again, this alone will banish the diverse symptoms of illness which the disorder had brought about. 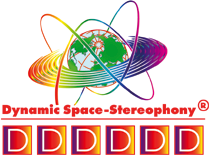 Just like modern physicians, ancient scholars pointed out the great importance of natural order for a life in good health and promoted the application of harmonically structured music as a kind of essential supply of natural order and harmony for the people. Via the ear, music has direct access to the brain, and if one looks at the results of studies carried out with MEDICAL RESONANCE THERAPY MUSIC®, it certainly looks as if vital functions which have been drawn into chaos can be brought back into order with the help of harmonical music. This could explain the diversity of the effects of Medical Resonance Therapy Music®.”

At the International Conference of the WORLD HEALTH ORGANIZATION (WHO) “SOCIETY, STRESS and HEALTH” at the ACADEMY OF SCIENCES in Moscow, Professor Gerassimowitsch, MD, and Professor Sidorenko, MD, were awarded with a prize by the WORLD HEALTH ORGANIZATION (WHO) for their scientific research with the MEDICAL RESONANCE THERAPY MUSIC® in connection with the Chernobyl disaster and MEDICAL RESONANCE THERAPY MUSIC® was acknowledged to be by far the most effective antidote to stress.

Leading stress expert of our time and official successor of Prof. Dr. Hans Selye – the founder of the stress research (who also shaped the term “STRESS” – today used all over the world) Professor Rosch, MD, founder and president of the renowned AMERICAN INSTITUTE OF STRESS in New York, summarized the results regarding MEDICAL RESONANCE THERAPY MUSIC® presented at the conference as follows:

“Compared to conventional treatment with drugs, MEDICAL RESONANCE THERAPY MUSIC® has proven itself to be four times more effective in respect of the reduction of the psycho-physiological manifestations of stress in female patients who undergo gynaecological surgery.

Due to its superior effectiveness, MEDICAL RESONANCE THERAPY MUSIC® also reduced the length of hospital stay by 20-25%.
Furthermore, it also has proven itself eight times as effective as conventional treatment in respect of the improvement in the psychological status and has led to the restoration of normal mental functions in patients who had exhibited a disturbed mental profile.”

1. step by step it shall replace the fear, which makes them sick, by natural inner harmony and

2. this harmony shall activate in them more vital energy: in this way they can oppose the nuclear disturbance of the organism everyday with a natural new alignment, putting the organism in proper order again and again and thus keeping the harmful effects of radiation low, if not even bring them back towards zero, more and more.”